Players Equipment – Who plays with what?

Table Tennis is a sport where the set up of a players bat can differ hugely and plays a great part in how much spin, speed and control they can generate and impart on the ball. Table tennis bats can range from £5 beginners bat to a top of range £300 bat and its important to know what sort of bat you should get depending on your ability.

As most of you will know, a TT bat must have a black sheet of rubber, a red sheet of rubber and blade. Players tend to play with a faster blade / rubbers as their technique and ball control improves. However, with so many different companies and editions of rubbers it his still leaves the player with several decisions to make. 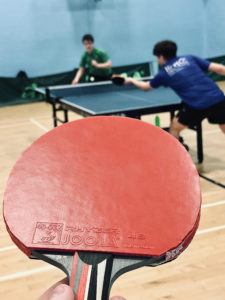 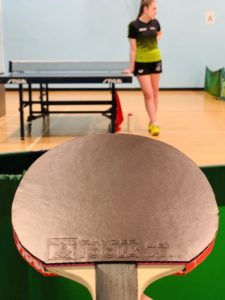 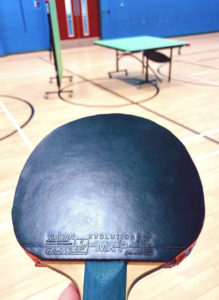 What thickness of rubber do i play with ?
Is it 1.8mm, 2.0mm or max ?
What handle do I select for the blade?
Straight, flared or anatomic?
What version of the blade do I go for?
Allround or Offensive?
Do i want to play with a faster rubber on my forehand, backhand or both the same?

To all the above questions, there really is no specific correct answer. Its a matter of speaking to players and coaches at your club, trying out a variety of bats and selecting the one that suits your style the best. We have asked some of our players and members to send in what blade and rubbers they play with and their thoughts on them, plus why they changed to their current set up compared to their last. 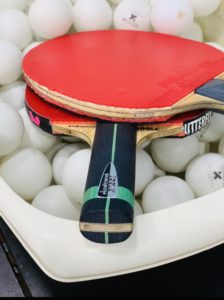 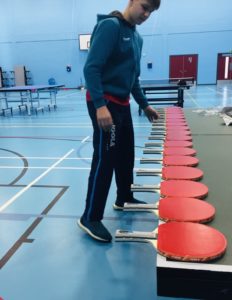 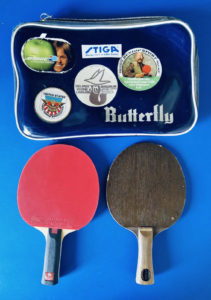 “Played with Joola TPE Fight blade for more than 6 seasons now, great balance with it being fast enough for topspin rallies but slow enough to be able to feel the ball when serving and receiving. Changed to Tibhar MXP on my forehand at the start of the 2018 season, felt it was slightly faster than Joola Rhyzm and i got a higher arch on the ball which suits my FH more. I always want to gain advantage off my serve so its difficult finding the balance between speed and control”

“I changed to TPE Nature blade at start of the season, slightly lighter than my previous blade and feels more free flowing. Its more comfortable playing shots over the table and suits the rubbers better. Joola Rhyzer 48 feels faster on my forehand and has more control when I’m spinning the ball against backspin.”

“The new victas rubber is perfect on my forehand, it gives me more control knowing that I’m a very fast playing player. With this rubber and its grippy surface its easier for me to really spin it up slow against backspin which I want to do as much as possible. Joola Rhyzm is a safe rubber which a lot of people use at the club, good for blocking and attacking and lasts a while.” 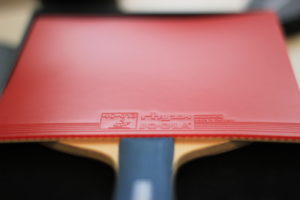 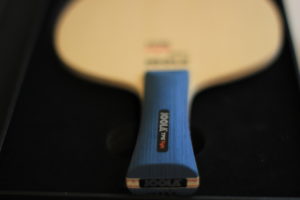 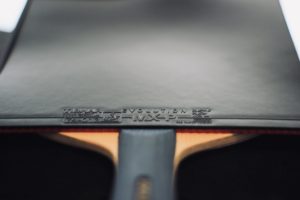 “I moved from Joola Wing Medium blade to the faster Zelebro Pro a couple of years ago, much faster, little bit lighter and comfortable to hold. Would recommend it to anyone wanting a faster blade. I have been using Joola equipment since I started and using Joola Rhyzm rubbers both sides for the past 3 or 4 seasons. I liked them but maybe going to try something faster for next season.”

“When I returned to TT in 2018 I was using a 30 year old bat. The blade was a Stiga Ulf Bengtsson Offensive with Mark V on the forehand side and Sriver on the backhand. I tried a few players bats and decided I needed to upgrade.  As I like a lightweight blade I decided on a TSP Balsa 6.5 Offensive with Tibhar MX-P on the FH and Joola Rhyzer on the BH. The difference was amazing and in particular it was the catapult effect of the rubber which I was most pleased about. In some instances it enabled me to play shots I didn’t think were possible for someone of my standard.”

For any bat advise speak to our club sponsors and one of the UK’s biggest table tennis shops, Bribar TT. There website can be found here – www.bribartt.co.uk