North Ayrshire players Holly McNamara and Martin Johnson were both selected to play for Scotland in the International match the evening before Edinburgh Open. Scotland team were up against Northern Ireland, which resulted in Scotland winning the tie 8-4 infront of a busy crowed at Bathgate Academy. Read the full table tennis scotland report below –

A tough first match for Scotland as Alisa struggled to find any rhythm or consistency against the combination bat play of Lucy Craig. With Lucy varying from chop to hitting short balls on the backhand using long pimps and coming in with big forehand kills on any ball long to her forehand she won 3 0 comfortably.

Congratulation to Paula on making her senior international debut and a tough start for her against the Ulster number 1 Erin Thomson. This was a real battle of a match with Erin up 1-0 and 2-1 only for Paula to come back winning the 2nd and 4th ends to set up a decider. Paula took the lead in game 5, holding the advantage at 5-2, 8-3 and 10-8 but Erin never gave up and managed to win 12-10 in the 5th. There were many terrific rallies in this match with Paula hitting some great winners, especially on her backhand. What could have been.

Another debut for Scotland at senior level with Holly taking to the court against the Lucy Johnson. Holly had a nervous start losing the first 4 points but after that gave as good as she got in the first end in losing 11-6. She upped her game and demonstrated good consistency on the backhand in winning the next 2 ends with Lucy then winning a close 4th game to set up another 5th end decider. Alas this game simply ran away from Holly with Lucy winning to 3 leaving Scotland 3 matches to nil down at the halfway stage.

This was the face off between the two number 1s and was a must win for Scotland. Alisa played with a fluidity that was great to watch, serving tight and demonstrating great footwork in getting in with her forehand loop consistently to dominate this match taking it 3-0. A score on the board for Scotland.

Holly found Lucy just as perplexing to play as Alisa had earlier, the combination bat style of Lucy simply proving too much. A good evening’s work for Lucy as she again ran out a 3 0 winner.

The final match saw the players having many counter hitting rallies in an entertaining encounter. The first 3 ends were tight with Paula holding a 2 1 advantage going into the 4th. Paula built up a good lead but Lucy fought back and the tension was high with the score at 10-9 but then luck smiled on Paula with a timely net cord to pick up a 3-1 victory.

The final match score was Scotland 2 Ulster 4. Well done to all the players who played some great table tennis and fought hard at all times. 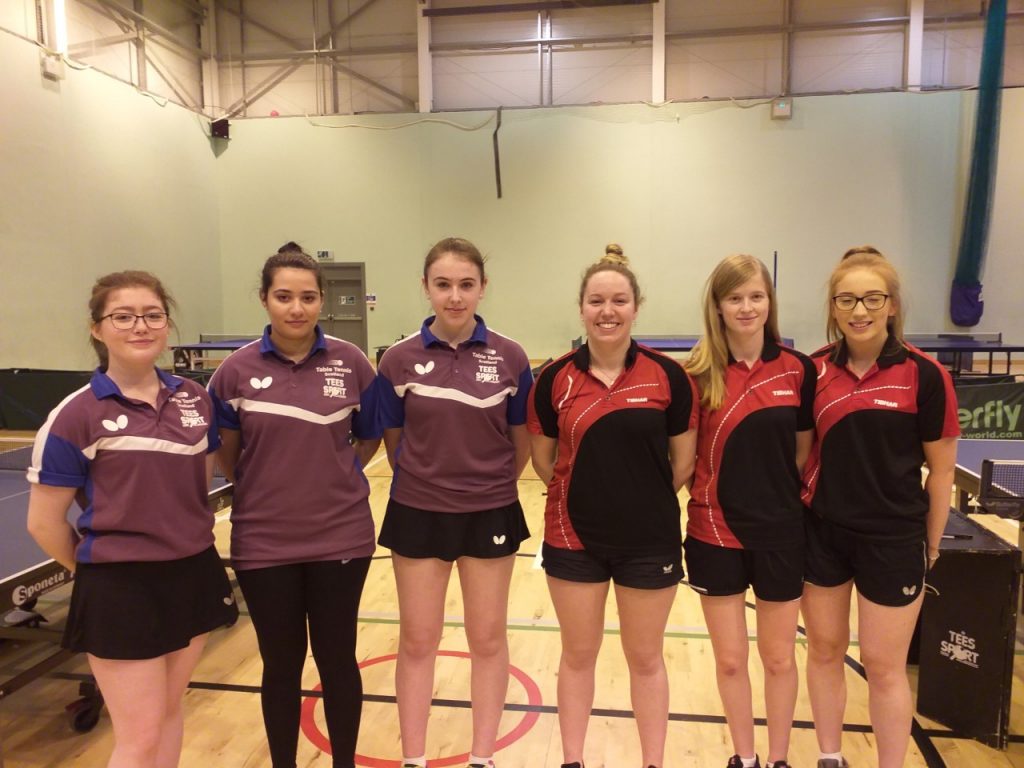 After a good warm up the Scotland men looked to be in good form going into the match.  However, the first hurdle, namely the organising of the team photo, almost proved too much for the lads as they struggled to find a spot where they could be seen behind the legendary, and exceptionally tall, Euan Walker.  In the end, Euan had to relinquish his flag bearing duties so everyone could squeeze into shot.  Sorry Euan!

Anyway, after David Fairholm had finished whipping up the crowd and all the players had been introduced, it was onto the table tennis.  First up for Scotland was Dylan Curry against the Irish defender, Thomas Earley.  Having played several times now as part of the senior team (a fact that David forgot during his motivational talk), Dylan was calm and clinical on the table.  His service variation and quick attack on both wings gave the defender little chance to get into a rally with most points not getting past the 5th ball.  The game result 3:0 and 1:0 Scotland.

Next up – Danny Bajwa against Zak Earley.  Unlike his combination bat playing twin brother, Zak’s free flowing and stylish attacking game promised an enjoyable spectacle for the audience.  However, Danny had other ideas and set about tying the game up in knots with a series of nasty short serves and awkward flick returns that meant there were very few nice rallies to enjoy.  Thanks Danny.  The game result 3:0 and 2:0 Scotland.

As Martin Johnson and Connor Nugent started the 2 minute warm up, us lot on the bench had to duck several times as the ball rocketed over the barriers.  ‘This is gonna be a game of bombs’, Curry sagely muttered and so it proved as both players took any opportunity to thunder forehand loops at each other.  Martin’s serve proved too much of a headache for the Irishman in the first end but Connor pulled away in the second to an 8:4 lead.  Martin dug deep and looked like he might snatch it until Connor, who has obviously been having lessons with Timo Boll, did a spectacular hand switch at game point that the stunned Martin obligingly top-edged into the crowd.  A potential turning point perhaps, but after a few stern words from yours truly, Martin stopped thumping everything and played a much more controlled game to make the last two ends look much easier than they were.  The game result 3:1 and 3:0 Scotland.

Curry vs Earley of the Zak variety in the next game.  Dylan put on a much better show than Danny did in his encounter with Zak and there were a few fantastic points that had the audience oohing and aahing especially when Dylan executed his trademark backhand counters off the bounce.  The game result 3:0 and 4:0 Scotland.

Martin again looked comfortable against the chopper Thomas Earley but in the second set found himself pegged back to 10 a piece after relinquishing a commanding lead.  Needless to say yours truly was not impressed and after the players swapped serve back and forth up to 14 all or so, I called time out.  The conversation went something like this;

DDS – ‘Do you feel happy serving fast no spin into the pimples?’

DDS – ‘What! No – heavy spin wide to forehand, you’ll get a soft topspin back, take a step back and whammo!’

Martin to his credit did exactly as instructed, executed it perfectly and won the set.

It was kicking out time at Bathgate at 9pm so at 8:30 Danny started warming up against Connor Nugent on another table for the final match.  Dylan Curry volunteered to coach Danny whilst yours truly was dealing with Martin.  Fortunately however, Martin made short work of the third end against Thomas to win 3:0 and I was able to avert a potential coaching disaster by sending Curry back to his clapping duties on the bench.

As it happens I think Danny would have been OK even if my missus had been coaching as by this time he seemed to seeing the ball like a proverbial football and playing at a level certainly I had never seen before.  Connor played well but Danny simply had an answer to everything and took the game in what proved to be 3 short sets.  I do wonder if David Fairholm slipped Danny a tenner before the game and told him to get it over with as quickly as possible as David spent a lot of that last match checking his watch and looking agitated as it got closer to 9pm. And as the final point was played there was no time for ceremony or celebration and we were all bundled out of the hall.

A big thanks to the Ulster team who played with good spirit and sportsmanship throughout the match. 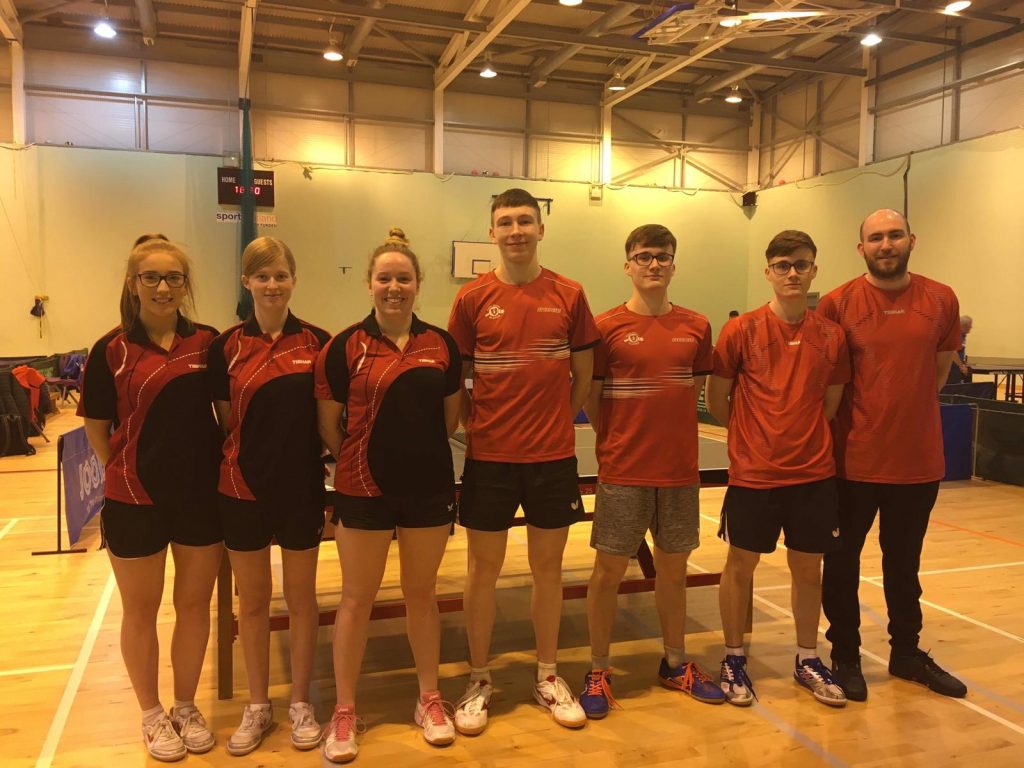 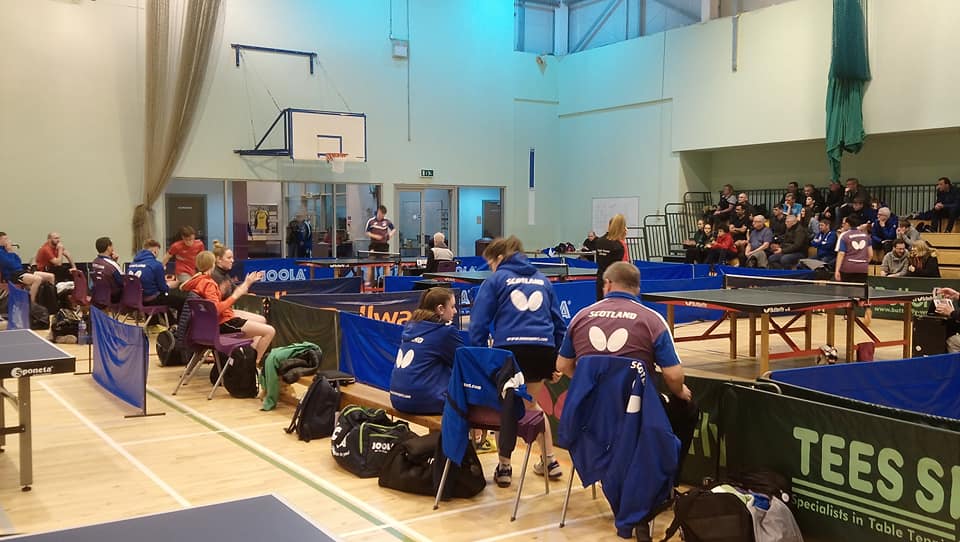 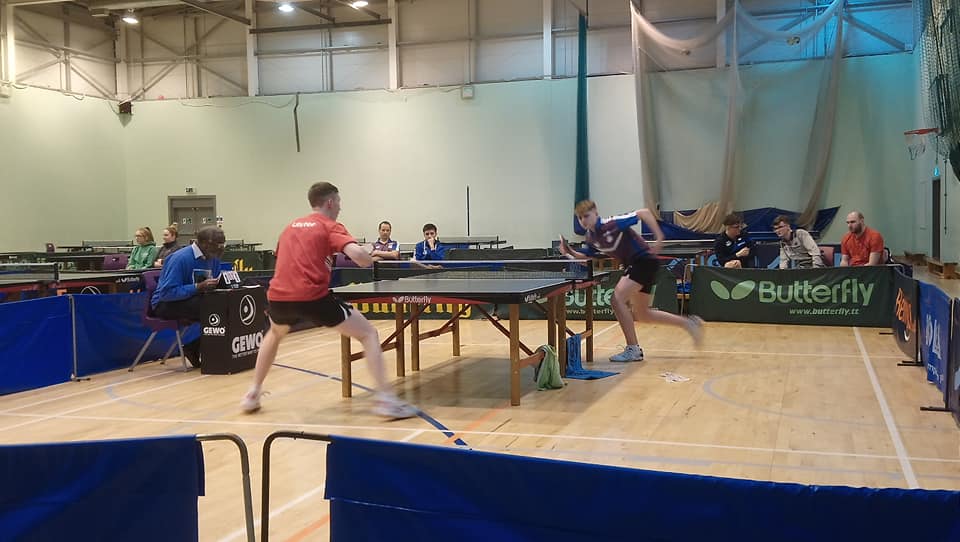 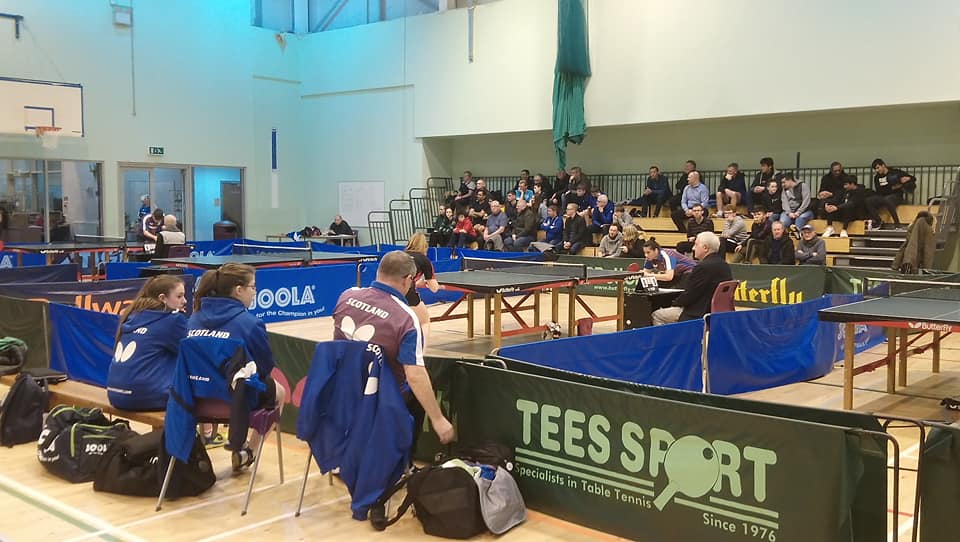 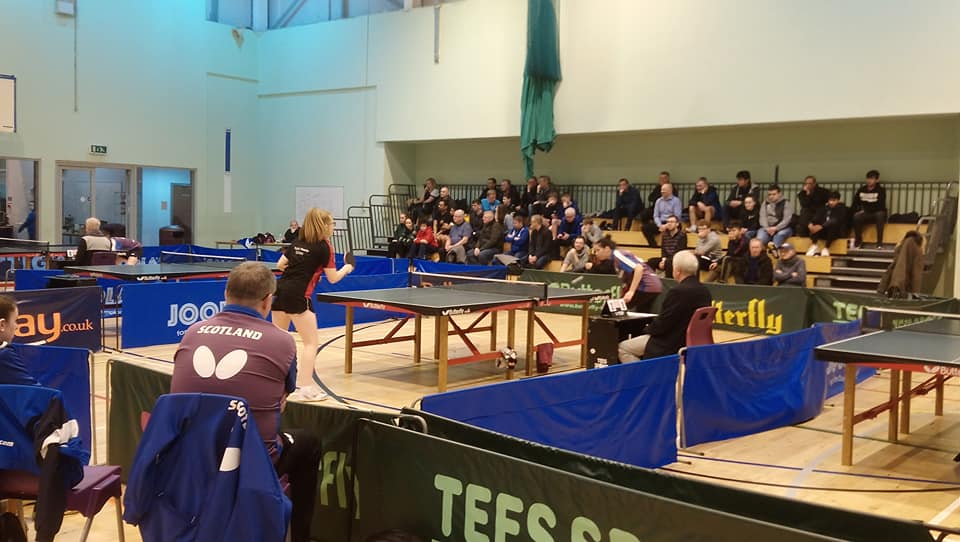